The Melody of Warbler Road – the Hooded Warbler

Take a stroll down the “Warbler Road” of south-central Pennsylvania’s Michaux State Forest, and listen to a melody  and perhaps even observe one of its most prolific breeding songbirds,
the Hooded Warbler … 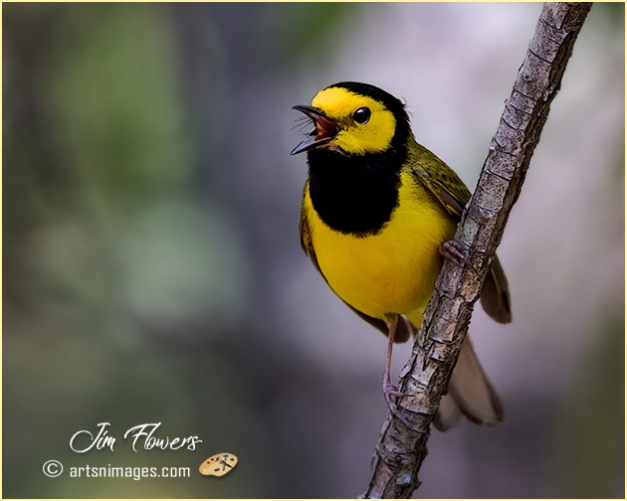 ou may be disappointed if you do a Google search for a “Warbler Road” in Pennsylvania as it “doesn’t exist”.  However,  you will find a listing for one in the State of Virginia which is actually a series of interconnecting forest roads traveling about 13 miles through the Appalachian Mountains beginning at Milepost 78.4 of the Blue Ridge Parkway near the Sunset Field overlook,  then continuing to its end at the Arcadia Boat launch along the James River’  and all of these roads take on different and original names too.   Like with Virginia,  my Warbler Road,  is just a “pet” name applied to a certain route or routes that traverse favorable and popular breeding habitats for a host of these small and often colorful songbirds.

o without further delay,  I will cut to the chase and “note” that “my” Warbler Road is actually Milesburn Road which can be accessed  along PA 233,  north of US30,   and beginning just north of the Caledonia State Park and near the old dam breast of the reclaimed Chambersburg reservoir and travels approximately 7 miles north to its end and the junction with Shippensburg Road.   Once past the popular Long Pine reservoir and junction with Birch Run Road,   Milesburn becomes less traveled and more serene.  Milesburn Road is gravel,  but well maintained most of the year apart from winter periods with heavy snow.

irding and especially avian photography in our state forest system can be a challenge mostly due to the sheer volume of acreage and the dispersion of the different species throughout,  unlike smaller and more condensed woodlands and parks where breeding habitat is limited isolating the birds.  However,  a little time researching the preferred habitat of your targeted species can bring success.

he subject of this post, the Hooded Warbler is no different from other members of the Parulidae family and has it’s favored habitat preferences to include the thick shrubby understory of our eastern forests.   I have also discovered over the years that the Rhododendron thickets along small streams seem to be a favorite within the Michaux State Forest.  “Warbler Road” (Milesburn) presents abundant opportunities for this habitat following a couple of small streams along its route in several areas bordered by the Rhododendron pictured in the image above. 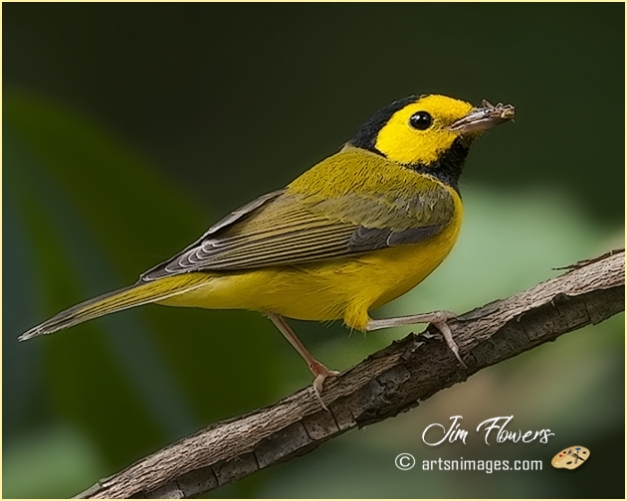 inding the Hooded Warbler,  or any warbler for that matter involves slow attentive walks or driving,  constant listening and a lot of patience.  Once you hear the song,  visually locating the bird is another challenge.  This warbler’s haunts are seemingly always under a heavy forest canopy,  low light and within the thick of things,  and they blend into their surroundings very well.  The trick is to look for any movement within the foliage, even ever so slight,   and to keep your visual scanning “low”.  You will hardly find the Hooded frolicking or foraging more than 10 feet above the ground. 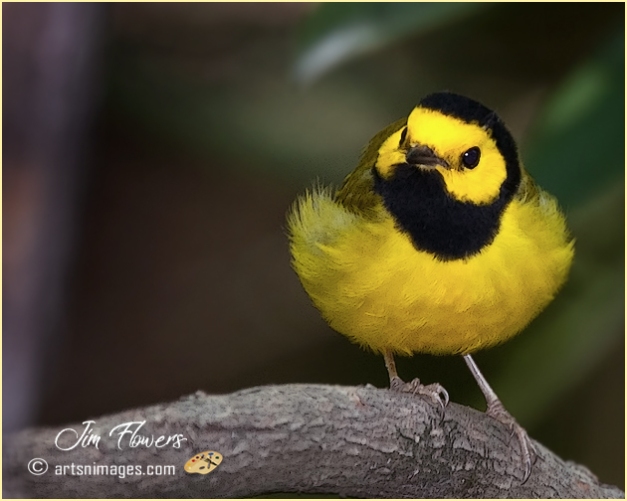 nother interesting thing with the Hooded Warbler,  and like the Ovenbird,  there really isn’t a perfect time of day to catch it in song.   They seem to vocalize throughout the day,  unlike most of the other warblers that tend to favor only the morning hours.  I mentioned “driving” above which is one way I locate many of my avian subjects,  by very slowly creeping along in my Jeep, all windows down and listening.  I’m not sure is this is true or not,  but ironically the sound of gravel under the tires while slowly moving seems to “trigger” a response from this species and perhaps even a few others.   I know this is true with some of the rail species on the gravel roads of some of my favorite wildlife refuges in the south. True or not, I’ve located more birds with this method over time than taking long hikes in the woods.

hotographing warblers or any small bird under a “dark” forest canopy is not an easy chore and can at times be quite frustrating.  It’s truly not a place for “sun worshiping” photographers who complain continuously about the slightest lack of perfect light.   You won’t find a “Golden Hour” here either.  But these conditions do provide a nice layer of “flat” light,  void of any harsh shadows unless a ray of that nasty “sun-stuff” pops through a hole in the canopy which can wreak havoc on the camera’s metering for exposure.

I usually add a very low powered flash just to add a bit of warmth,  slightly highlight  and add a touch of sparkle to my subjects’ eyes.  And I NEVER use any type of flash extender or magnifier whatsoever!   I literally despise the damn things and the effect they have on wildlife and birds at a close range.  The extenders’ only have their place with distant subjects and used properly.  My avian subjects hardly,  if ever notice the gentle pulse of light from my speedlights and they’re never used as a “main light” source.   In fact, most of the folks viewing my images cannot detect any use of flash unless they know exactly what to look for. 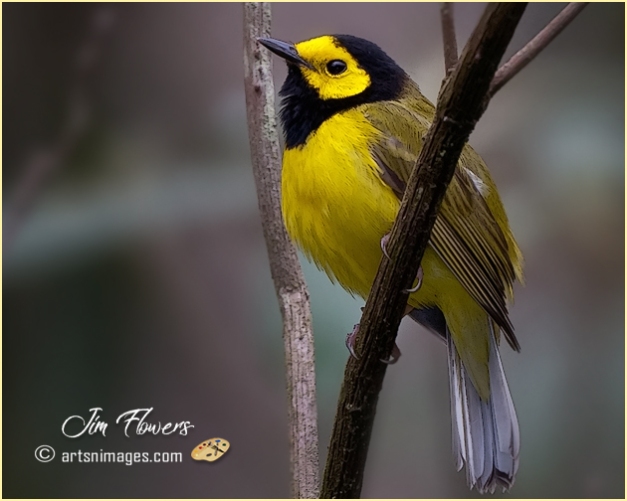 arlier this Spring I attempted to capture a small bit of video of the Hooded in full High Definition and with sound of the warbler’s song. This was my first attempt at this and “somehow” I managed to accomplish a “down and dirty” version which I took into Adobe Premiere Pro,  edited and mixed in a bit of eccentric and quirky music to accompany the warbles song.  I must say it was fun!  It’s filmed at 24 frames per second with a shutter-speed double the frame rate at 1/50sec. The ISO was 640 and was shot in C Log for a bit of a cinematic appearance.  Captured with the Canon EOS 7D2 and the Sigma 150-600 Sports lens at 400 mm. Click on the Image below.. It will open a new and separate tab.

he video above should familiarize you with the song of the Hooded Warbler and what to listen for although it may occur with slight variations.  The call is a simple tick – tick – tick.

Other common species found along Milesburn or “Warbler Road” include the Black-throated Blue warbler, Black-throated Green warbler, Worm-eating warbler and Black and White warbler.  I have heard others including the Cerulean warbler near the northern end,  high above along a ridge top but never laid eyes on it.  Besides the warbler’s,  other songbirds include the Scarlet Tanager and the Wood Thrush along with others.  Enjoy your journey down Warbler Road!