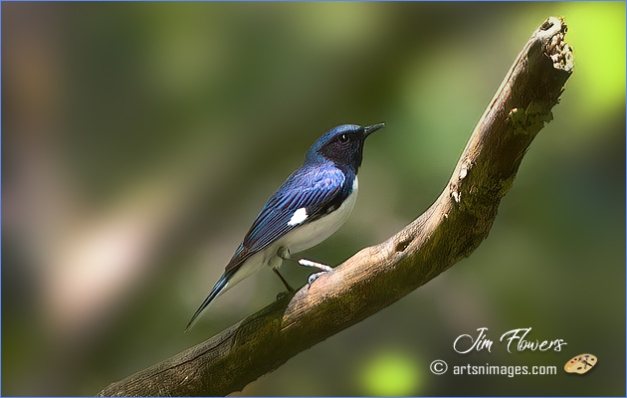 waiting the Spring warbler migration brings excitement and anticipation of my favorite of the avian species to photograph and spending time in my nearby forest to revisit the birds I love.  Tiny and colorful targets of interest frolicking just above the forest floor,  and throughput the dense mid to upper canopy create challenges of patience and light to the average photographer,  but I have learned to adapt to these conditions well through the years and cherish the opportunities presented to me.

This is not a situation for the blue-sky and fair-day sun loving photographer.  In fact,  I much prefer an overcast day with even lower light conditions to avoid the “hot-spots” of a bright sun filtering though the foliage creating a “contrast” of havoc for capturing my subjects.  However, sometimes the natural light filtering through,  but muted somewhat,  can create a lovely scene as the with the warbler pictured above, “sun-kissed” to highlight the iridescence of his plumage. 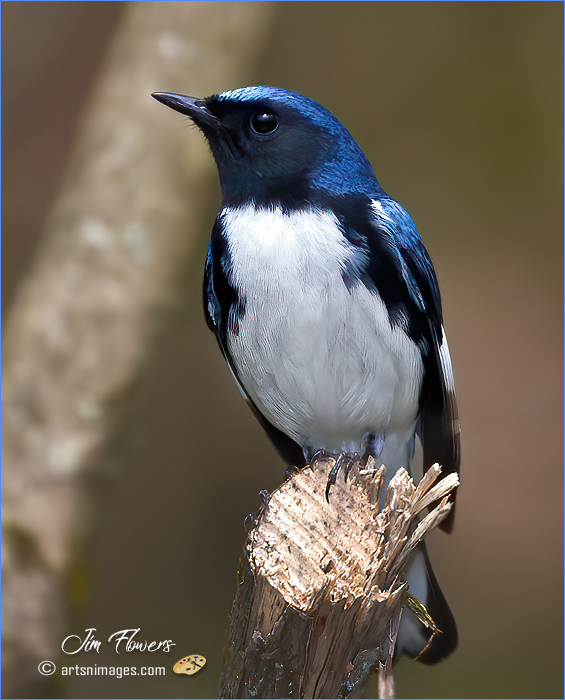 he Black-throated Blue warbler is truly a favorite of the “New World” warblers and I never tire of photographing them as challenging as they can be just to locate and see,  more-less actually capture their portraits. My process is comprised of slowly traversing the forest roads and listening for their song,  and then just patiently sitting in my vehicle and waiting for an opportunity to have a visual encounter which more times than not can be futile.

Listen to the song of the breeding Male below: 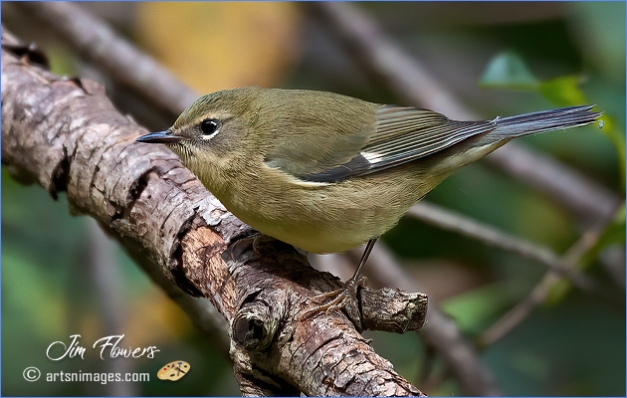 he images of the Black-throated Blue warbler presented here were photographed entirely within the Michaux State Forest along my infamous “Warbler Road”,  shared by both Adams and Cumberland Counties.  I can remember when I first pursued this species,   I was told by several members of the birding community that I would have to travel farther north to find them and in their more desirable habitat.   Not one to argue,  I just quietly grinned knowing I had heard the song of this species on numerous occasions,  and right here within this forest.   I figured I would just make this “my little secret”.   After all,  “it was their loss and not mine”. 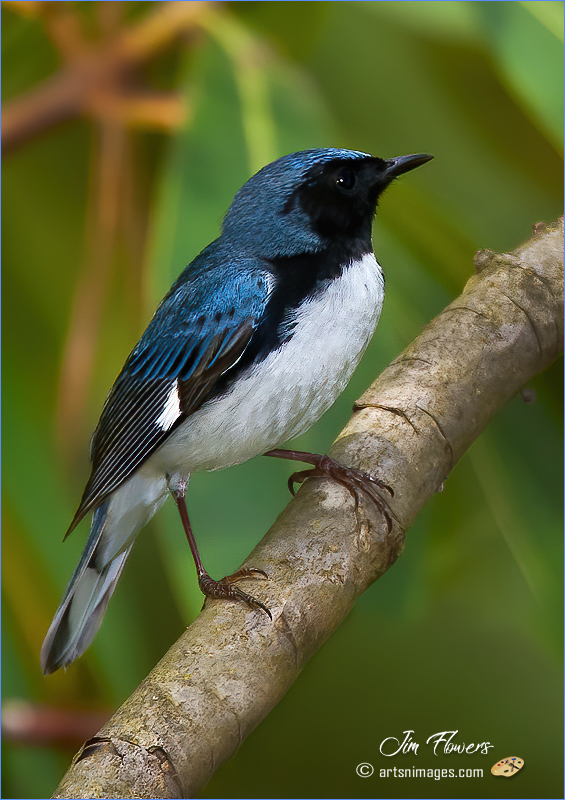 BTBW frolicking in a Rhododendron thicket along a stream…
Michaux State Forest,   Pennsylvania

ver the years of birding and avian photography within the Michaux State Forest,  I have noted locations favored by certain species and kept documentation of my sightings and photographic success.   Ironically, many of the species return to the same locations year after year,  although perhaps not exactly to the same spot,   but often within a circumference of 50 or so yards.   And of course,  this is based on ecosystems and habitats.

The majority of the Black-throated Blue warblers I have located in this forest prefer the Mountain Laurel thickets just above the bordering thickets of Rhododendron along the many steams.  This habitat is favored by other warbler species as well,  but the laurel seems to have to be present for this particular warbler species.   Because of the rise in elevation the song always appears distant and catching a glimpse of them is often difficult.   So,  the waiting game begins and eventually one will come down and within a close enough range for a photograph or two. 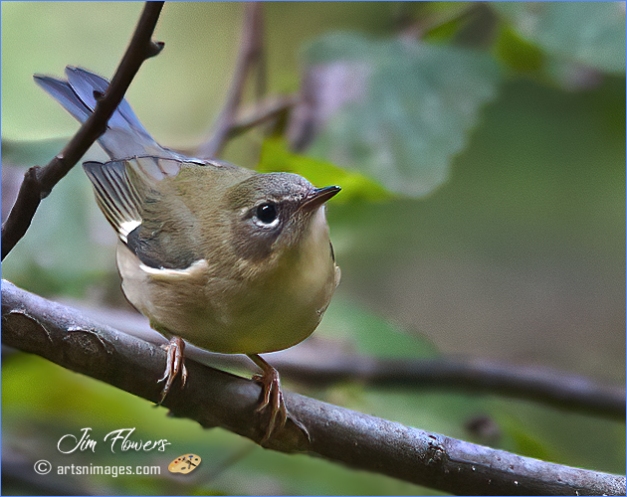 he Michaux State Forest is not the place for the “impatient” birder or photographer trying to pad a list with multiple species or looking for a quantity of captures.  I have shared mention of this forest with many and most become frustrated simply because of an “ants in their pants” attitude and they easily become bored.  And this is the case for many our forest with huge expanses of acreage that can intimidate one with more habitat to choose from by our feathered friends than their actual populations within the forest itself.  But for those genuinely interested in prolonged observations of behavior and excellent photographic opportunities,  folks who visit regularly and learn productive locations will reap rich rewards. This includes an in-depth dedicated study of the species they pursue as well. 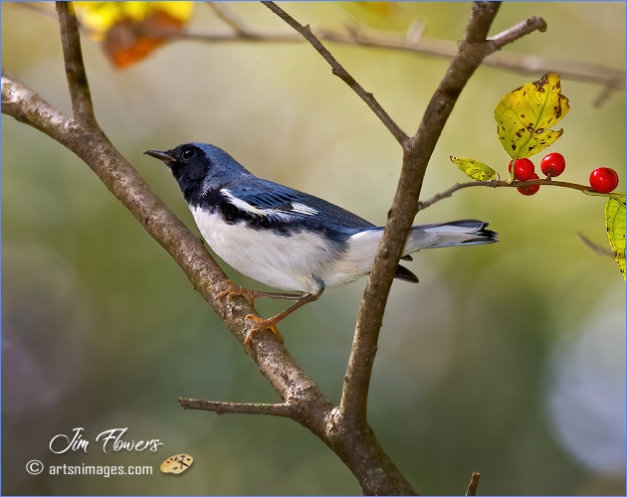 nce again, preferred habitat is the key.  The BTBW photographed above was foraging in a small tree high on a ridge-top above a laurel thicket leading down to a stream.  The image was captured along Wirt Road in Michaux.

The preferred breeding habitat of this warbler includes large tracts of mature deciduous and mixed evergreen-deciduous woodlands with a thick understory of shrubs to include rhododendron,  mountain laurel and hobblebush.   Farther west,  in the higher Appalachians,  they mostly occur at elevations of 2,600–5,250 feet,  however here in Michaux,  around 1000 feet and above,  I have yet to find them lower and in the valleys, except during the fall migration.

Breeding populations can be found as far south as the mountains of Georgia,  northward through the Appalachians into south eastern Canada,  Wintering takes place in the Caribbean, Cuba, and the Virgin Islands where they inhabit dense tropical forests,  woodlands,  shade-coffee plantations.   Food sources include spiders, flies, and caterpillars found in the shrub layers and lower forest canopies. 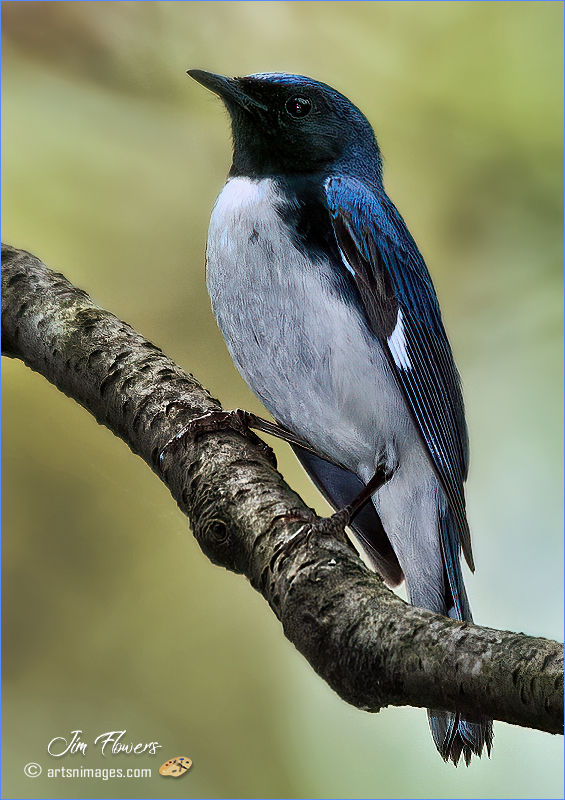 s  I have mentioned before photographing woodland warblers is not something to be pursued by the “Sun Bunnies” of digital photography and I always laugh especially on social media where these people tend to hang out about the lack of light or “I didn’t go” because the “light sucked”.  And I kind of like that because it keeps the crowds down and the riffraff away. 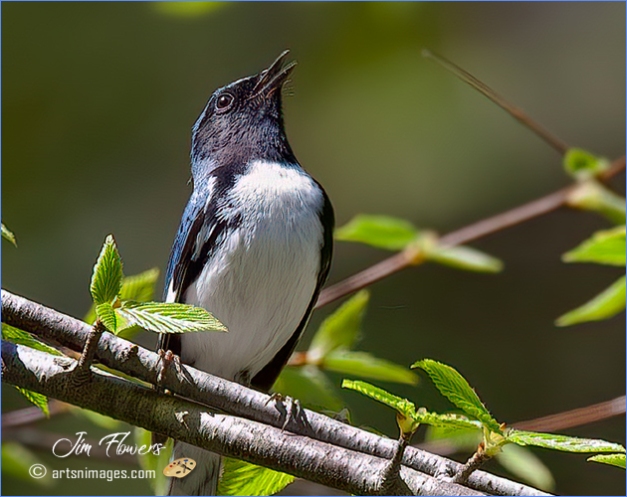 he majority of woodland warbler photography takes place under an often-dense forest canopy and in the understory and many times the use of a low-powered flash of which most new photographer are not well versed in the operation of this tool, especially with the subjects consideration in mind and small songbirds should never see the use of flash extenders like the “Bitter-Beamer” and yes I mean “Bitter”.

And a special note to the birding community about the use of flash which many will condemn based on their lack of knowledge of operation,  and that is the flash is NEVER used as a “main light source”,  but only as a very low-powered gentle highlighter and for warming colors.  To this day and with my experience,

I have yet had a subject even realize it was going off as the gentle pulse of light is faster than the camera shutter itself which is often in tenths or hundredths of a second.   All of my flash work is accomplished through the ETTL method or Evaluative Through the Lens metering where ambient light takes precedence over the flash and is balanced to the proper exposure. 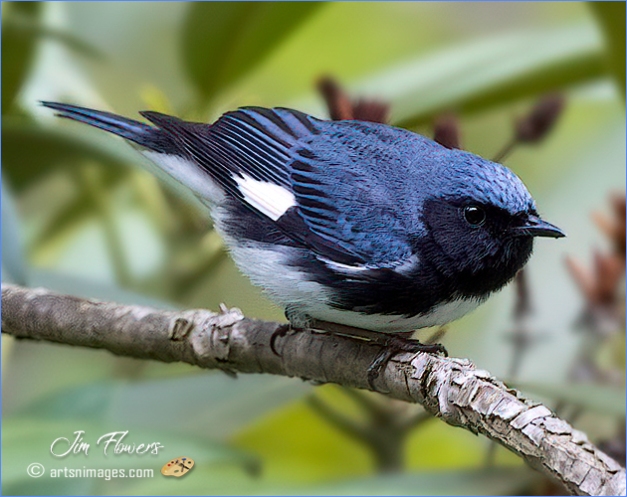 he majority of my warbler photography is accomplished my vehicle (presently an olive-drab green Jeep Wrangler) using it as a “hide” and shooting off a beanbag from the window as support.   Once in a while, especially if the birds are higher above me,   I will get out and use a tripod and gimbal normally keeping close to the vehicle to lessen any distraction.  However,  I prefer to keep my subjects at eye level for a more intimate capture.   The “zoom” lens is my tool of choice as and over the past years, the Sigma 150-600mm Sports as the much larger prime telephoto lenses can be heavy,  cumbersome in tight quarters, and the birds are often closer than their minimum focusing distance will allow,  and often missing many opportunities for shots.  I use a range of Canon bodies from the crop sensors to full frame of the EOS 7D Mark II to 5D Mark III and IV series. 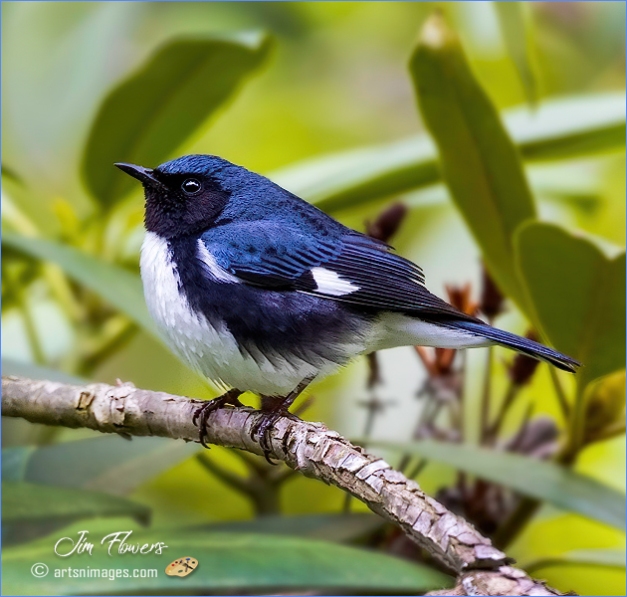 Happy Birding and Photography everyone!