In search of “Maggie May” … Woodland Warblers 3 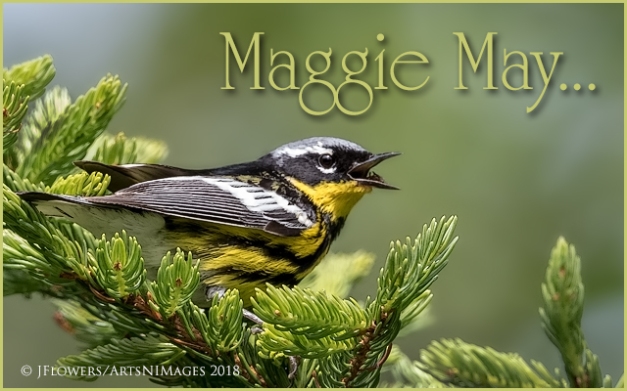 everal years back while photographing spring wildflowers and exploring one of my favorite mountain ecosystems along the Appalachian chain,  West Virginia’s Dolly Sods,  I kept hearing the song of the Magnolia warbler at just about all my stops along the gravel road  that traverses the area through the stands of the wind-swept stunted Red Spruce to my amazement..  This was long before I did some research to discover their favored breeding habitat extended farther south than I had realized.  I had seen many wearing their dull colors during the fall migration, even right near my home and the Hanover Watershed WMA along the Maryland and Pennsylvania state line.

hotographing a Magnolia warbler in breeding plumage had been a long-time quest and I thought I’d have to travel much farther north to accomplish it.  I found quite a colony of them during that outing and luckily I had the gear along to capture a few images.  I  have since made quite a few trips to Dolly Sods fully dedicated to capturing images of this beautiful tiny bird.

he Dolly Sods Wilderness sits along the Allegheny Plateau and within the Monongahela National Forest with elevations ranging from 2,000 to well over 4,000 feet MSL and is monitored by the Potomac Ranger District.   Access can be difficult at times,  especially during foul weather and only by steep and sometimes rough gravel forest roads.  Good trip planning with attention to the weather is a “must” during the early spring and late fall.  It can be raining in the valley and snowing up in the Sods. The area is closed during the winter months to travel.

There are several ways to get to Dolly Sods, depending on where you’re travelling from:

ronically, this warbler is seldom found in a Magnolia tree despite its name.  Ornithologist Alexander Wilson, who had collected a specimen in 1810 from a Mississippi Magnolia,  originally gave the bird the English name “Black-and-yellow Warbler” and “Magnolia” was used for the Latin species name,  but “Magnolia” stuck as the English name as well from then on.  The Magnolia is sometimes referred to as the “Spruce Warbler’ after its preferred nesting habitat which could have been a better name for the choosing,  and like the Bay-breasted, Canada, Blackpoll, and Blackburnian Warblers, will take advantage of the periodic outbreaks of spruce budworms on its breeding grounds.

he Magnolia isn’t the only warbler that can create a bit of confusion by its name and like many other warblers during their fall migration, can show up about anywhere along their route in habitat completely unrelated to their spring and nesting preferences.  During the breeding season the heaviest population occurs within the Boreal forest regions of Canada and breeding populations decrease farther south and through the higher elevations of the Appalachian Mountains presenting their desired habitat. Click here  for a map and animation of distribution and abundance throughout the year compliments of Cornell.

inding the Magnolia Warbler in the Dolly Sods Wilderness is not a difficult chore,  even from along the narrow gravel road along the ridge top and where the majority of these images were captured.  It’s a simple game of “stop often, get out and listen” among the Red Spruce stands,  especially the more isolated ones.  The most difficult part is spotting them within the thick needles of the spruce and they prefer to be close to the trunk of the tree. While in the open, their vivid color of yellow and black streaking on their breasts doesn’t help much on a bright sunny morning because the lower light angle can paint the needles a yellow glow helping to camouflage the birds at the same time, blending them right into the habitat.

owever,  a nice bright overcast or obscured sky will add the touch of greenish-blue to the needles and make this warbler stand out.  Another spoiler for locating this warbler can be the wind muting their song and the Sod’s can get quite a stiff fresh breeze on occasion simply due to the higher altitude above the nearby ranges.  The trick is patience and keeping an eye peeled for movement within the needles,  near the song and/or while foraging.   Warblers hardly sit still for any extended period of time.

racking a foraging tiny warbler as pictured above and below through the spruce thickets and needles can be a “hair-pulling” experience,  especially with a long telephoto prime lens and its narrow field of view.  You often must take your eye from the viewfinder to relocate the bird as it disappears and reappears within the foliage,  frequently missing excellent captures of behavior.  Another issue with the long prime telephoto lens is the minimum focusing distance is much greater and the bird may move too close and cause a failure with focus. 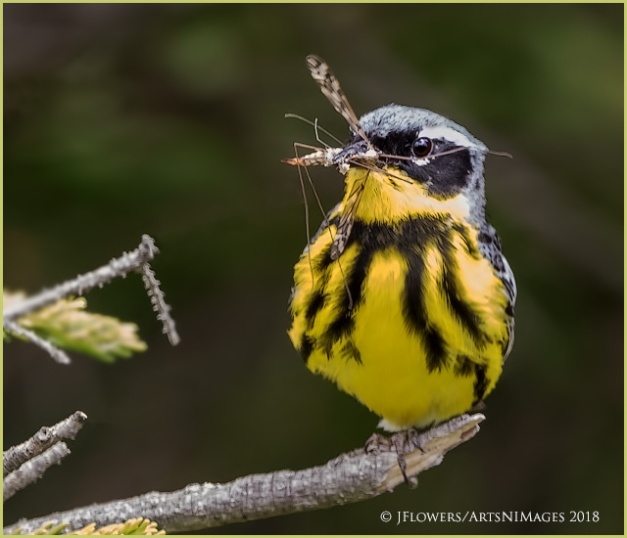 made the switch to a zoom lens a few years back for small bird photography from a big and heavy Canon 400 f2.8 prime lens to the Sigma 150-600 Sports lens.  It’s nice to have the often-needed extra focal length of 600 millimeters over the 400 and without the use of a teleconverter that can degrade the image quality somewhat and steal precious light,  and I can quickly zoom in and out without taking my eyes from the viewfinder to follow the bird on most occasions.

I will also gloat about the ingenuity of Sigma to offer their USB dock to further customize the lens to different shooting situations,  especially the ability to set a range of focus for a given situation over the generic choices.  It’s a simple flick of a switch and I’m there and it eliminates the “focus hunting” prevalent with some lenses, especially zooms. 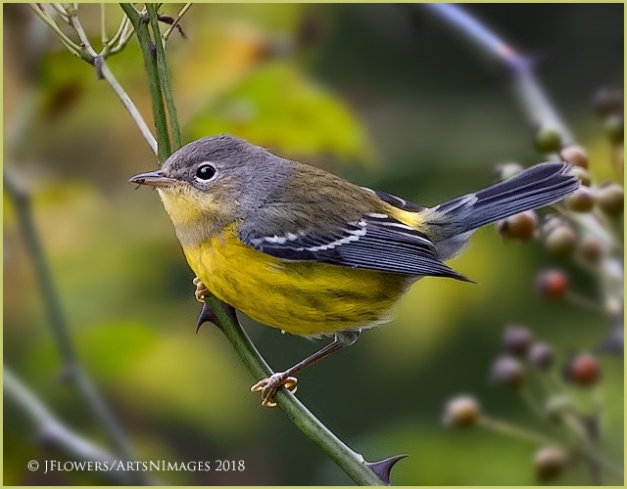 uring the fall migration and much closer to home, “only 5 minutes away”,  the Hanover Watershed WMA has proven to be a productive location year after year for the Magnolia and many other warblers on their journey to the wintering grounds,  and especially during “fall outs” due to inclement weather or unfavorable high winds.  The tall pines offer protection and an abundant food source.  The watershed is comprised of a Wildlife Management Area (MD) and adjoining tree farms belonging to the PH Glatfelter Pulp Wood company (PA).  All of the property is posted, and any birding/photography can be done from the small and often less traveled gravel roads through the property. The watershed skirts the Mason-Dixon Line and sits in both the states of Maryland and Pennsylvania. 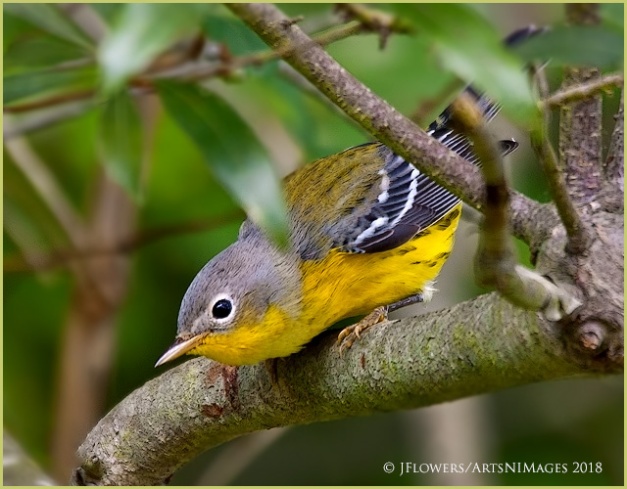 igrating Warblers,  both during Spring and Fall,  can be non-habitat specific until reaching their breeding or wintering grounds and can be found just about anywhere along their routes of travel resting and feeding.  However,  I have documented certain locations and “stops” they tend to favor and seem to be productive over the years for both photography and simple observation of a variety of species.   I’ve begun to spend as much time with the binoculars as I do the camera in hand and find both equally rewarding.

y list of “nemesis” warblers has been shrinking over the past few years, but I still have many that I only see during the fall in less glamorous apparel.  I look forward to more travel to try to accomplish my goals here in the future and have a quest to fill this blog with the many species especially here on the eastern seaboard as well as a few in my home state of Texas.  Birding and Avian Photography can be a lifetime journey…